[This article is reproduced from the Complete Works of Swami Vivekananda – Volume 8 – Notes of Class Talks and Lectures – Man the Maker of His Destiny. link. Malayalam translation of this chapter is available at www.kudukka.com/coin455]

There was a very powerful dynasty in Southern India. They made it a rule to take the horoscope of all the prominent men living from time to time, calculated from the time of their birth. In this way they got a record of leading facts predicted, and compared them afterwards with events as they happened. This was done for a thousand years, until they found certain agreements; these were generalised and recorded and made into a huge book. The dynasty died out, but the family of astrologers lived and had the book in their possession. It seems possible that this is how astrology came into existence. Excessive attention to the minutiae of astrology is one of the superstitions which has hurt the Hindus very much.

I think the Greeks first took astrology to India and took from the Hindus the science of astronomy and carried it back with them from Europe. Because in India you will find old altars made according to a certain geometrical plan, and certain things had to be done when the stars were in certain positions, therefore I think the Greeks gave the Hindus astrology, and the Hindus gave them astronomy. 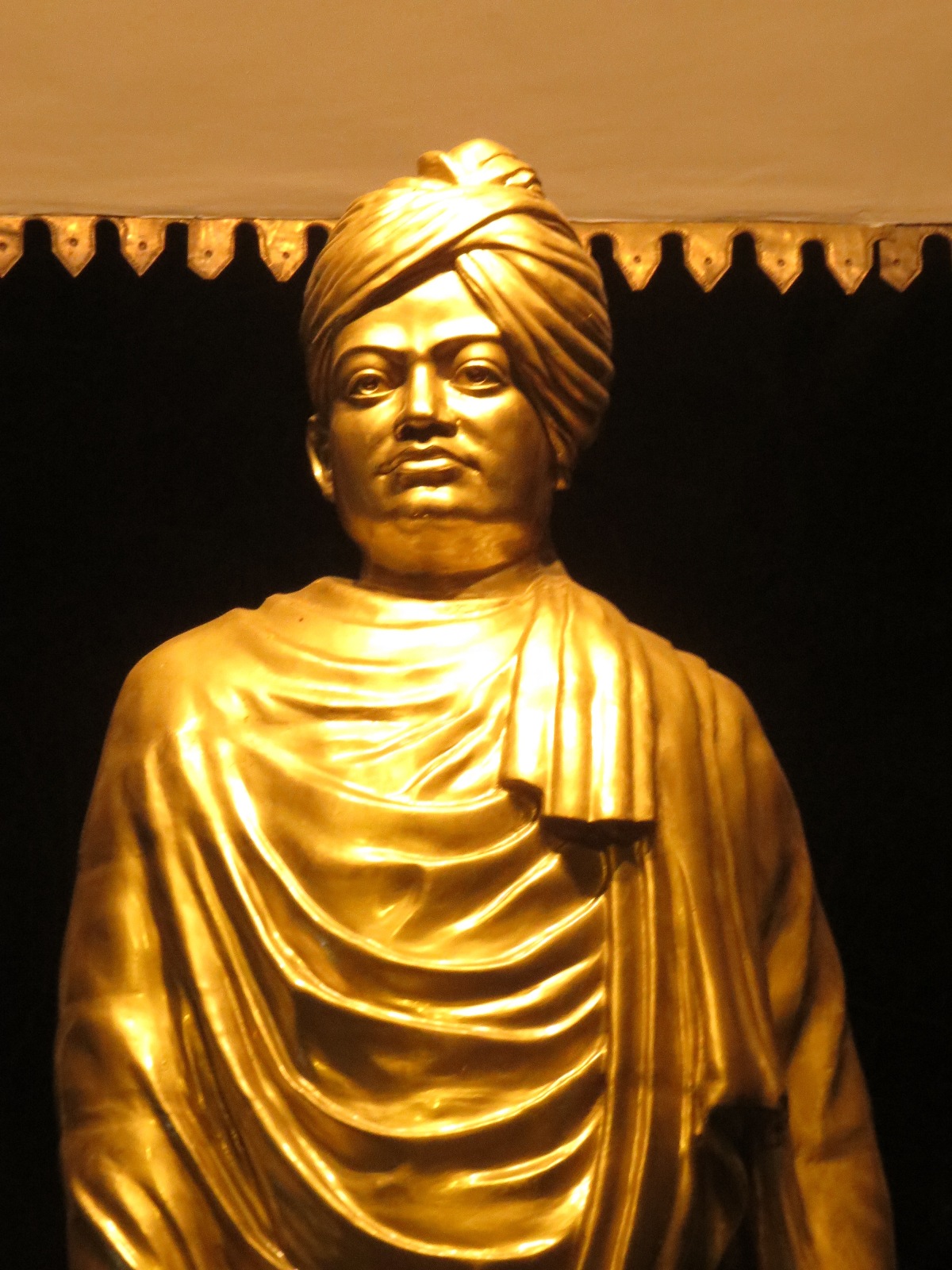 In London, a young man used to come to me and ask me, “What will become of me next year?” I asked him why he asked me so. “I have lost all my money and have become very, very poor.” Money is the only God of many beings. Weak men, when they lose everything and feel themselves weak, try all sorts of uncanny methods of making money, and come to astrology and all these things. “It is the coward and the fool who says, ‘This is fate’” — so says the Sanskrit proverb. But it is the strong man who stands up and says, “I will make my fate.” It is people who are getting old who talk of fate. Young men generally do not come to astrology. We may be under planetary influence, but it should not matter much to us. Buddha says, “Those that get a living by calculation of the stars by such art and other lying tricks are to be avoided”; and he ought to know, because he was the greatest Hindu ever born. Let stars come, what harm is there? If a star disturbs my life, it would not be worth a cent. You will find that astrology and all these mystical things are generally signs of a weak mind; therefore as soon as they are becoming prominent in our minds, we should see a physician, take good food and rest.

If you can get an explanation of a phenomenon from within its nature, it is nonsense to look for an explanation from outside. If the world explains itself, it is nonsense to go outside for an explanation. Have you found any phenomena in the life of a man that you have ever seen which cannot be explained by the power of the man himself? So what is the use of going to the stars or anything else in the world? My own Karma is sufficient explanation of my present state. So in the case of Jesus himself. We know that his father was only a carpenter. We need not go to anybody else to find an explanation of his power. He was the outcome of his own past, all of which was a preparation for that Jesus. Buddha goes back and back to animal bodies and tells us how he ultimately became Buddha. So what is the use of going to stars for explanation? They may have a little influence; but it is our duty to ignore them rather than hearken to them and make ourselves nervous. This I lay down as the first essential in all I teach: anything that brings spiritual, mental, or physical weakness, touch it not with the toes of your feet. Religion is the manifestation of the natural strength that is in man. A spring of infinite power is coiled up and is inside this little body, and that spring is spreading itself. And as it goes on spreading, body after body is found insufficient; it throws them off and takes higher bodies. This is the history of man, of religion, civilization, or progress. That giant Prometheus, who is bound, is getting himself unbound. It is always a manifestation of strength, and all these ideas such as astrology, although there may be a grain of truth in them, should be avoided.

There is an old story of an astrologer who came to a king and said, “You are going to die in six months.” The king was frightened out of his wits and was almost about to die then and there from fear. But his minister was a clever man, and this man told the king that these astrologers were fools. The king would not believe him. So the minister saw no other way to make the king see that they were fools but to invite the astrologer to the palace again. There he asked him if his calculations were correct. The astrologer said that there could not be a mistake, but to satisfy him he went through the whole of the calculations again and then said that they were perfectly correct. The king’s face became livid. The minister said to the astrologer, “And when do you think that you will die?” “In twelve years”, was the reply. The minister quickly drew his sword and separated the astrologer’s head from the body and said to the king, “Do you see this liar? He is dead this moment.”

If you want your nation to live, keep away from all these things. The only test of good things is that they make us strong. Good is life, evil is death. These superstitious ideas are springing like mushrooms in your country, and women wanting in logical analysis of things are ready to believe them. It is because women are striving for liberation, and women have not yet established themselves intellectually. One gets by heart a few lines of poetry from the top of a novel and says she knows the whole of Browning. Another attends a course of three lectures and then thinks she knows everything in the world. The difficulty is that they are unable to throw off the natural superstition of women. They have a lot of money and some intellectual learning, but when they have passed through this transition stage and get on firm ground, they will be all right. But they are played upon by charlatans. Do not be sorry; I do not mean to hurt anyone, but I have to tell the truth. Do you not see how open you are to these things? Do you not see how sincere these women are, how that divinity latent in all never dies? It is only to know how to appeal to the Divine.

The more I live, the more I become convinced every day that every human being is divine. In no man or woman, however vile, does that divinity die. Only he or she does not know how to reach it and is waiting for the Truth. And wicked people are trying to deceive him or her with all sorts of fooleries. If one man cheats another for money, you say he is a fool and a blackguard. How much greater is the iniquity of one who wants to fool others spiritually! This is too bad. It is the one test, that truth must make you strong and put you above superstition. The duty of the philosopher is to raise you above superstition. Even this world, this body and mind are superstitions; what infinite souls you are! And to be tricked by twinkling stars! It is a shameful condition. You are divinities; the twinkling stars owe their existence to you.

I was once traveling in the Himalayas, and the long road stretched before us. We poor monks cannot get any one to carry us, so we had to make all the way on foot. There was an old man with us. The way goes up and down for hundreds of miles, and when that old monk saw what was before him, he said, “Oh sir, how to cross it; I cannot walk any more; my chest will break.” I said to him, “Look down at your feet.” He did so, and I said, “The road that is under your feet is the road that you have passed over and is the same road that you see before you; it will soon be under your feet.” The highest things are under your feet, because you are Divine Stars; all these things are under your feet. You can swallow the stars by the handful if you want; such is your real nature. Be strong, get beyond all superstitions, and be free.